Proposal for Authentication between the CLI & the Workflow Service

We need authentication between the CLI & the WFS in Cylc 8.

(NB: we also need security for network communications to & from the WFS, & though that is not the domain of this proposal, approaches or libraries or protocols (etc.) used for this may also be relevant, as outlined below.)

There are various client cases to cover, ultimately, some of which we will treat in the same way, & some differently (see the next section for requirements):

Discussions on the topic have converged (see e.g. here & here towards using some form of non-permanent (transient) token to achieve this. These forms have been distinguished as options:

The approach for authentication between the CLI & the suite server program (name for the Cylc 7 WFS equivalent) is described here. It is ultimately a token written out on-disk in plain text, that relies on Linux file permissions to be secure & only usable by the suite owner.

Note the phrase “passphrase” is used historically, but it is not actually a user-specified mnemonic passphrase (though users can override it with one, but we believe this is done rarely), it is a random token that is generated on the first run of a suite. Since the token (“passphrase”) is valid for the lifetime of that suite, it is effectively a one-time suite-level token, where the creation event is the first suite run & the deletion event is the deletion of the suite (or its .service directory).

Relevant differences from Cylc 7 to 8

There are aspects of the Cylc 7 authentication we have decided, at the least, to change, or which otherwise necessitate changes, as follows:

Aims: what do we want?

We want to provide & solution that will, by means of, & on top of, being functional:

On the nature & location of the tokens

Working Proposal for a Solution [on hold, see note]

This is the current status of the plan to address defined aspects (else stated as ‘out of scope’ meaning to be addressed in the future, after the rest) for the problem outlined in ‘The Problem’ section above.

Timeline of major updates to the working proposal

(The numbers below refer to the cases outlined in the ‘Client cases’ section above, so please cross-reference with that.)

Overall, from the above case outline, for the questions in ‘Open Questions’, we have:

Plus a new question of:

This diagram outlines the interactions for the creation & deletion, & for the usage, of valid one-command tokens: 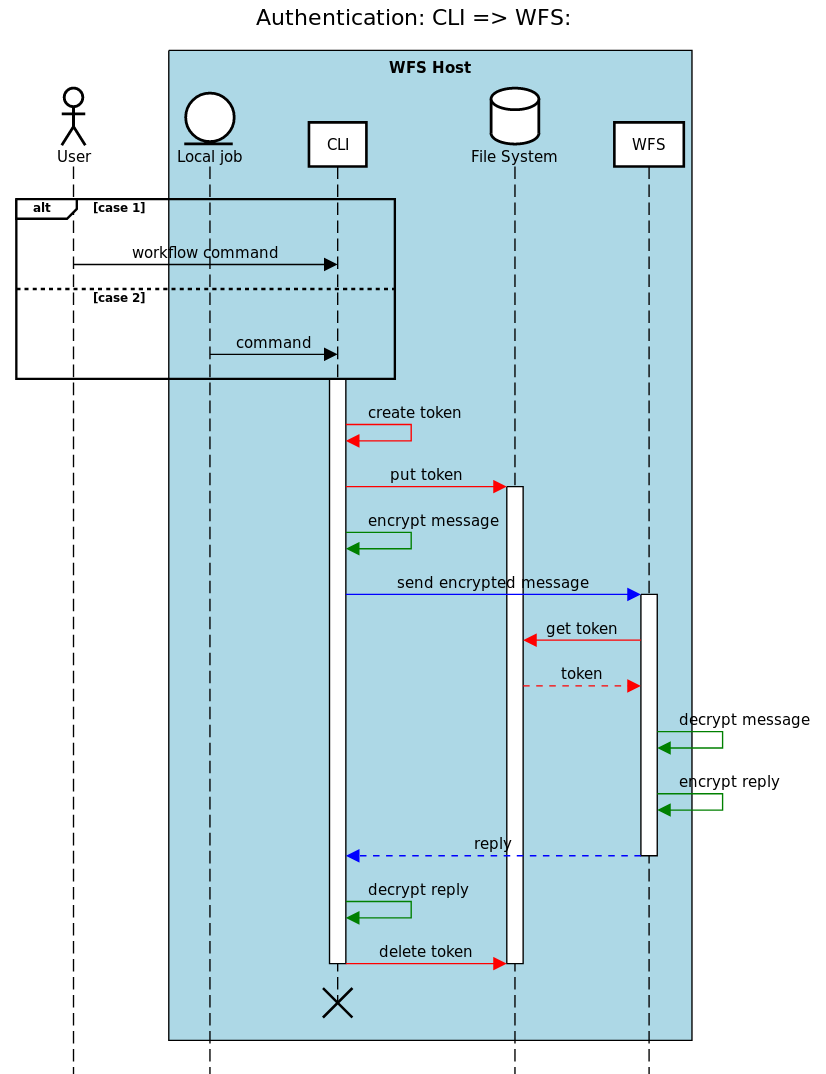 This diagram outlines the interactions for the creation & deletion, & for the usage, of valid one-job tokens: 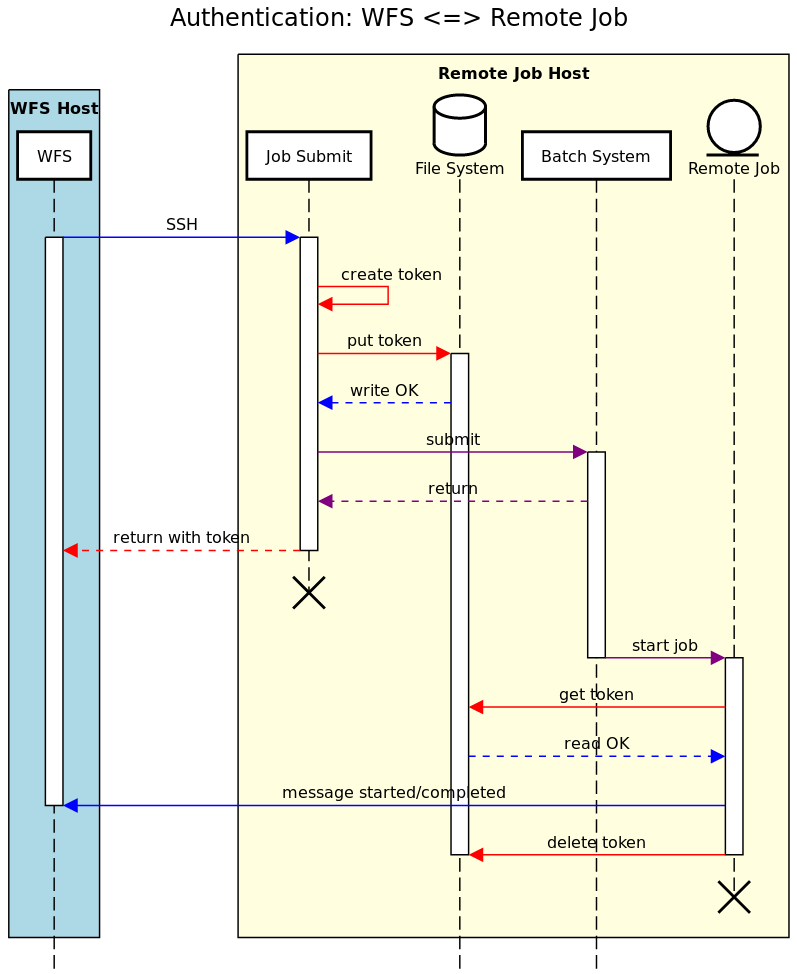 Note on Status of the Working Proposal

Note that this proposal represents the state of plans preceding discussions on an approach based on public & private keys (asymmetric cryptography) for WFS network communications security which could also be viable solution here: see the corresponding Issue for details (& perhaps the comment here).

Consequently, we have agreed to postpone this work until we have undertaken some investigations there & know more about the potential of CurveZMQ as an approach for (some) CLI <=> WFS authentication.

Therefore this document represents a plan that will be re-considered & perhaps went forward with depending on the above, but is currently “on hold”.